PULSAR among the winners of the Great British Shooting Awards! 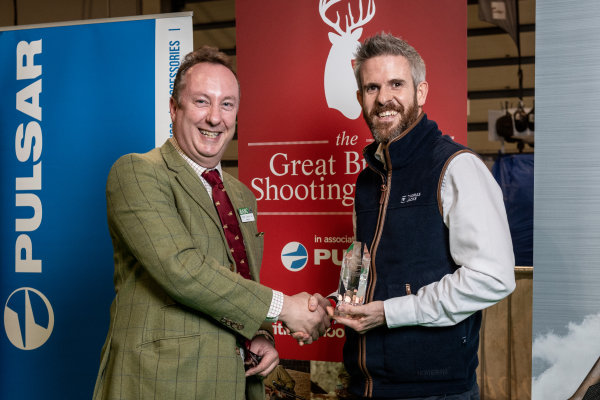 We would like to thank all our team, dedicated fans and partners and the members of the Jury for this meaningful recognition.

The Great British Shooting Awards are a new and exclusive event designed to evaluate the people and companies who have worked for years to keep the industry ticking. This event became a new showcase for the products, organisations and people that inspire the shooting industry.

The most innovative products

The awards are truly universal, combining nominations from the gun trade, votes from the shooting public, and the opinions of our panel of industry expert judges. Winners were announced on 16 February 2019 at the Great British Shooting Show.

The Night vision/ Thermal product of the year category was dedicated for the products at the forefront of the NV revolution, including image intensifier, digital and thermal. Pulsar Trail XP50 Thermal Rifle Scope was awarded as a product that really innovated and pushed the boundaries the most.

Depending on the model, Trail thermal sights provide hunting game detection (wild boar, moose, deer, or bear) at distances of 1000 meters and more. The high 640x480 pixel resolution ensures all objects within the field of view have the highest level of detail. High sensor resolution makes the smallest objects, i.e. branches, leaves, body extremities of an animal, appear exceptionally crisp and clear against the background.

The Trail thermal sights can be operated in precipitation of any intensity, e.g. heavy shower or snowfall. It also features high shock resistance and can be used with rifled hunting weapon. The highlight of the Trail is the ability to link via Wi-Fi the device with Android and iOS based mobile units using the free mobile application Stream Vision.

With 12 dedicated categories, every corner of the market is represented, from manufacture to retail to conservation.

We would like to thank all event visitors for coming and The Great British Shooting Show for the warm and friendly atmosphere during Europe’s largest and most popular event of its kind.