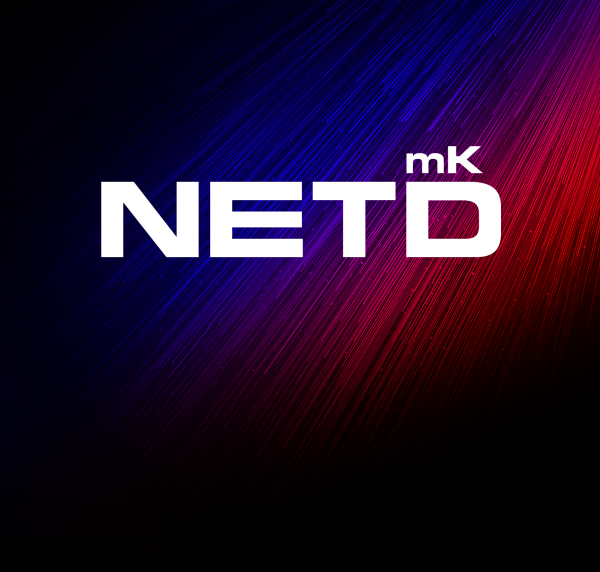 One of the most important parameters characterising the quality of a thermal imaging detector/sensor is the Noise Equivalent Temperature Difference (NETD) which describes its thermal sensitivity. This parameter is measured in millikelvin (mK) and denotes when the temperature value signal is equal to the noise signal.

When in use, a thermal imaging detector registers not only useful signals but also noise; which interferes and prevents it from producing a clear, quality image. In an instance where the noise signal is equal to the smallest temperature difference that can be perceived by the unit, the thermal detector is not able to discern a useful thermal signal to resolve an image of the object. The higher the noise level, the higher the NETD of the thermal detector and the worse it can discern small temperature differences.

In practice, this means that when the temperature difference of an object drops down low enough, the heat signature it is radiating may merge with noise to such an extent that the thermal imager can fail to distinguish the object’s signal from noise. When this happens the object in the scene merges with the background or other objects in the scene and becomes practically indiscernible. Therefore, the lower the NETD value (specified in millikelvin (mK)) the better the sensor can register small temperature differences. The below scale can be used to determine the quality of a thermal detector:

In conditions when the temperature differences of observed objects are minimal (for example; cold weather, rain or fog) the thermal imager with the lower NETD value will show a better quality image with more information in it. In other words, the unit with the lower NETD value will show object details with more contrast and be more visible. (If the measurement is taken for a specific detector or thermal imager, the value is written without the ‘<’ sign. For batch or for multiple units of the same type the value is written with ‘<’ sign).

To measure NETD an infrared calibration device known as a black body is used which emits a predetermined uniform temperature. During the measurement process, the black body is set to a specific temperature and over a set time, a series of frames are taken. The frames of the black body surface are then used to generate a histogram of all of the pixel values.

The NETD is the standard deviation of this histogram converted into millikelvin.