The device is supplied with a rechargeable IPS7 Lithium-ion Battery Pack which allows the attachment to be used for up to 9 hours. Charge the battery before first use. 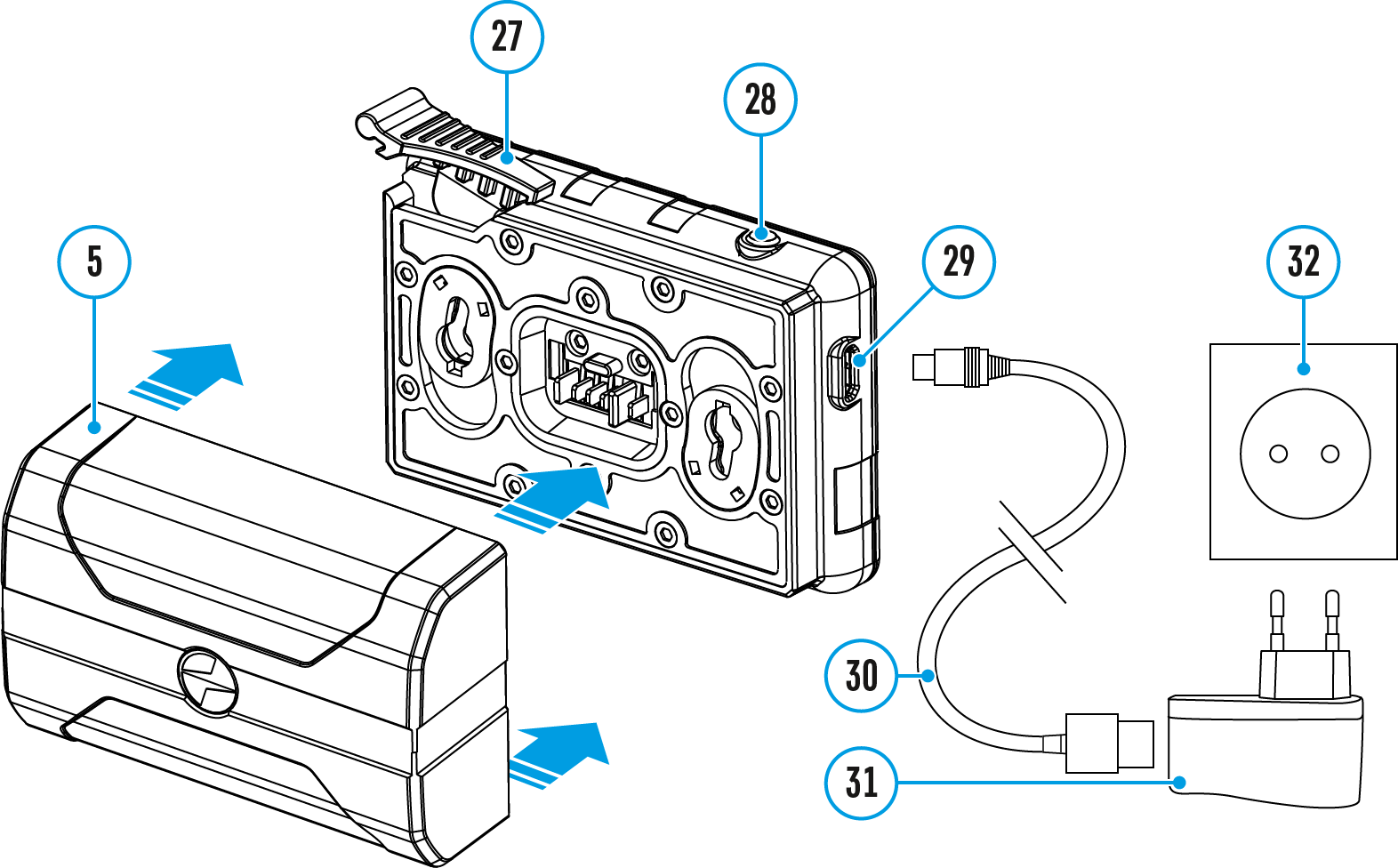 Step 1. Install the battery into the charger

The LED indicator (28) will display the battery charge status:

Step 3. Сonnect the charger to the mains supply