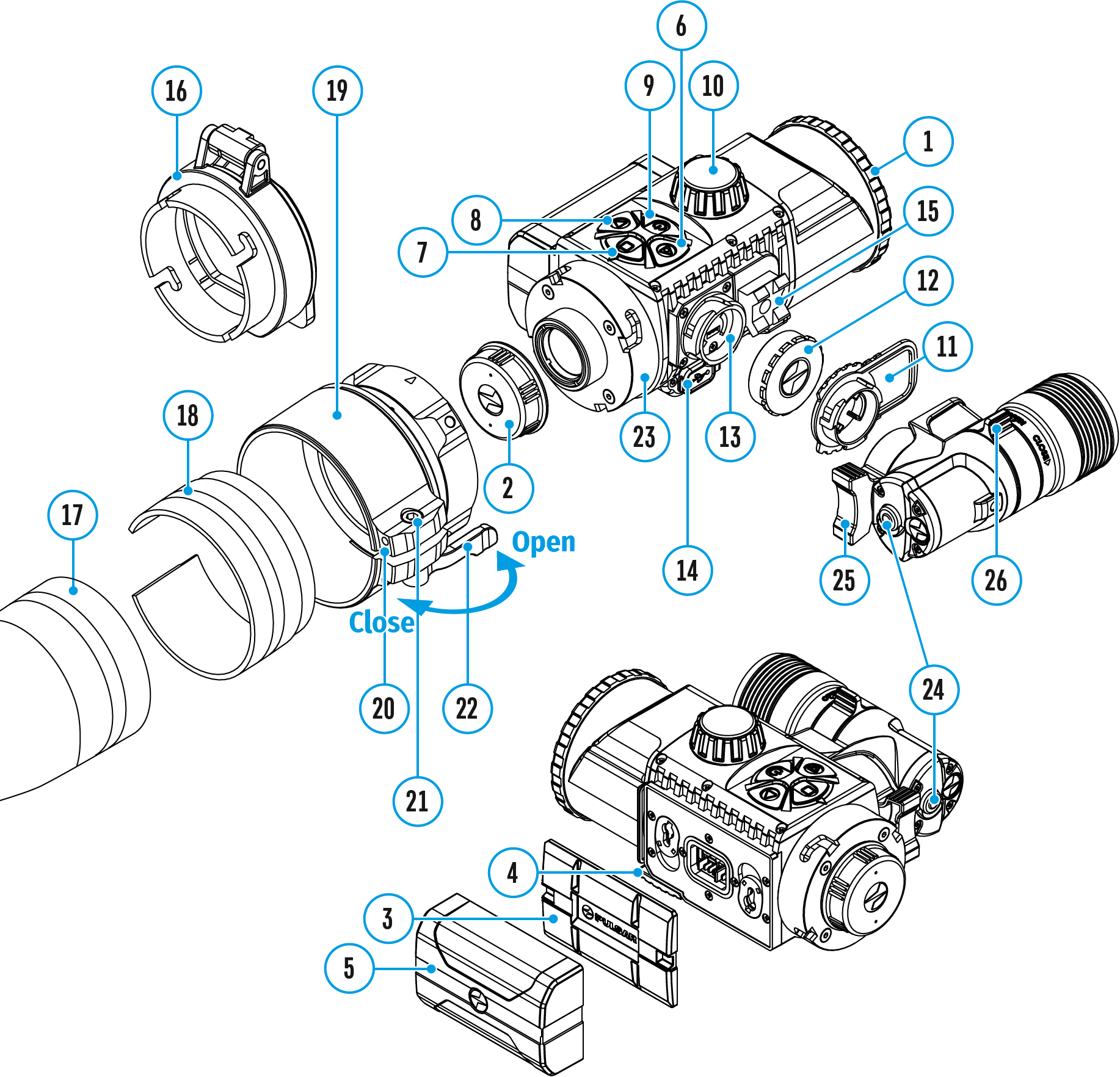 The device is equipped with a function for video recording (and photographing) an observed image that is saved onto the built-in memory card.

It is recommended to set the date and time (see the General Settings section) before using the photo and video functions.

To toggle between Video and Photo modes press and hold down the RIGHT (6) button. Switching between the modes toggles Video–> Photo–> Video...

* an icon will be displayed for 2 seconds and then disappear. When the RIGHT (6) or M (7) button is briefly pressed again, an icon will appear and the recording timer will show the current time of the video recording.