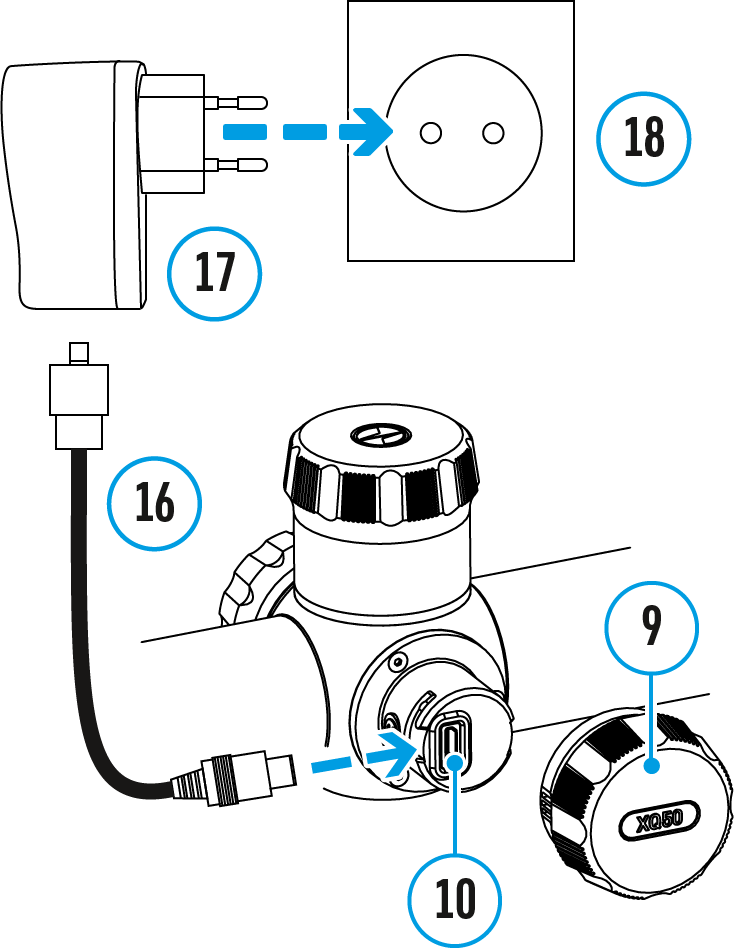 Attention! When charging batteries via the microUSB connector (10) in the body casing of the riflescope, the built-in Battery Pack is the first to be charged. Once it is fully charged, the removeable Battery Pack begins charging. When the device is in use, power consumption occurs in reverse order. 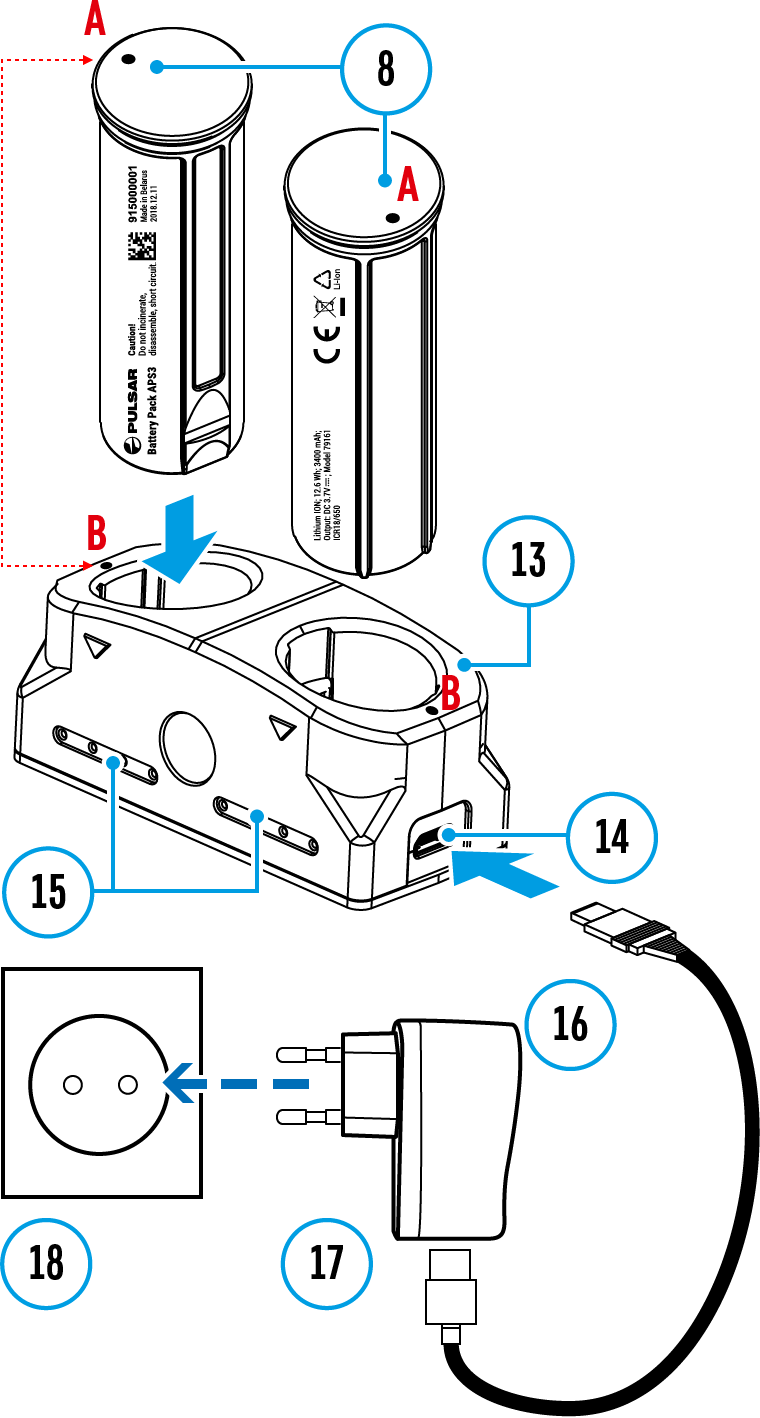 The rechargeable lithium-ion APS2 and APS3* Battery Packs may be recharged using the APS** charger:

The LED indicator (15) will display the battery charge status:

** Included in the delivery package.

Previous
Recommendations for Battery Use
Next
Battery Installation