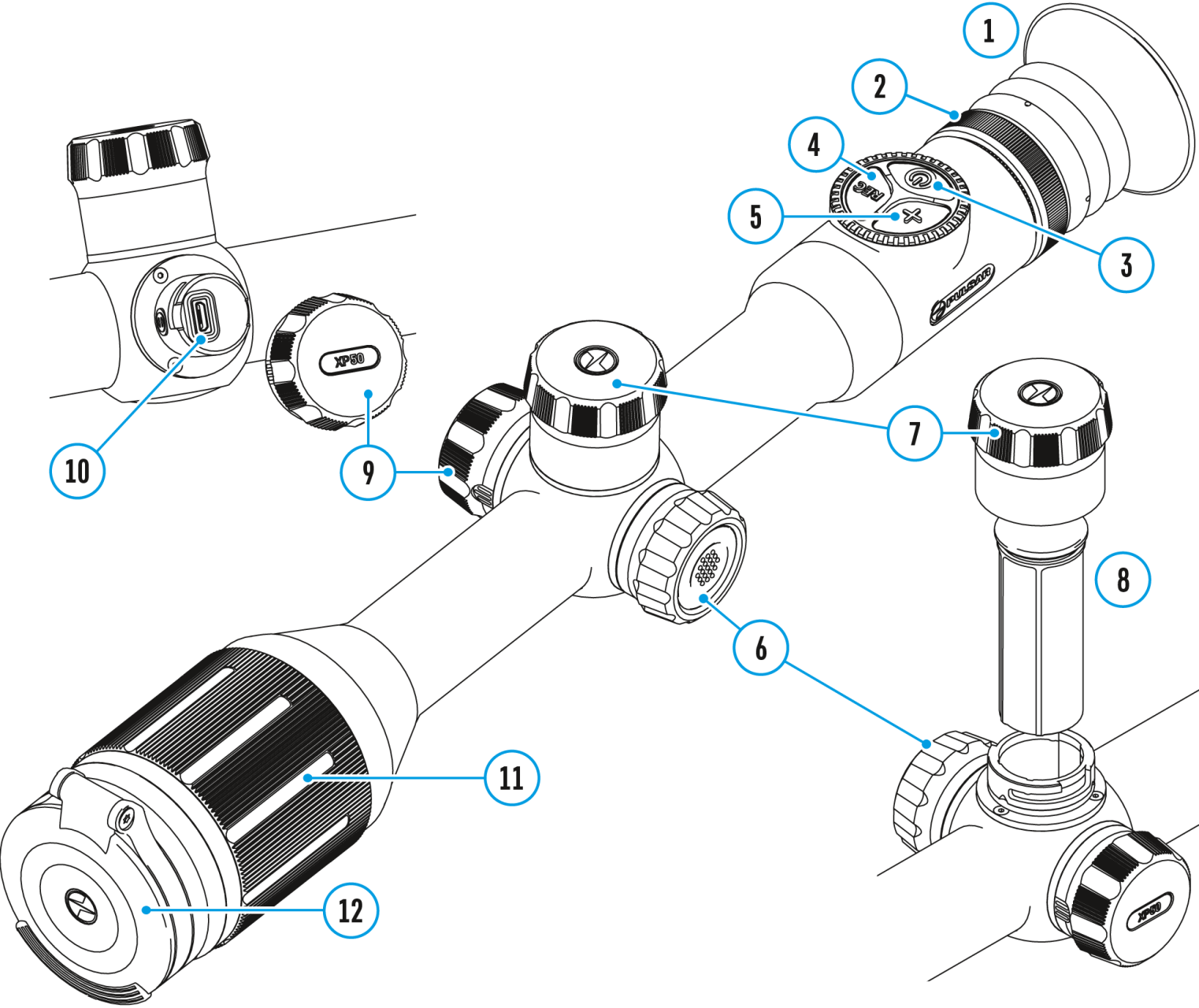 The riflescope is equipped with a function for video recording (photography) of the observed image that is saved on the built-in memory card.

Before using the photo and video functions, read the Date and Time subsections of the General Settings section.

Toggle (switch) between the riflescope operating modes with a long press of the REC (4) button. Switching between the modes is cyclical (Video–> Photo–> Video...).