Colour the darkness with the new DIGEX C50 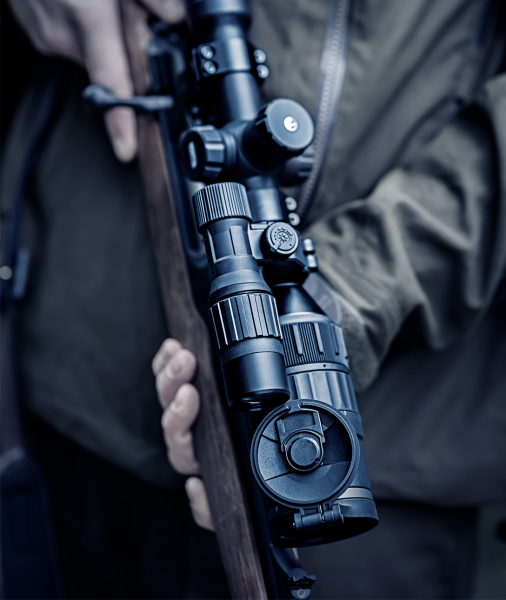 Yukon Advanced Optics Worldwide is pleased to announce the new PULSAR DIGEX C50 Day/Night digital riflescope. Now you can enjoy a high-tech hunting experience at any time of the day.

In deep twilight, when the human eye is already unable to discern details of observed objects, the Digex C50 Colour Twilight mode displays a full-colour image, extending the daytime hunting experience into the night.

Different lens and sensor operating modes guarantee the best hunting results 24/7. During the day, the Digex C50 scope displays natural Full-HD resolution colour images. After sunset, switch the scope lens to a higher light transmission mode and continue to observe in colour even in deep twilight. When night falls, simply press the button and switch to night mode – the sensitivity of the Digex C50 increases and the image becomes monochrome.

The aesthetics of a classic design

The new Digex C50 offers familiar visual aesthetics for any hunting weapon. It pairs organically with the rifle with its classic shape of a daytime optical sight. Simply mount the scope on the bar of the hunting weapon in the usual way, using proven ring solutions.

For greater effectiveness and success in moonless night hunts, pair the new Digex C50 riflescope with one of Pulsar’s Digex-XS series IR illuminators, which are characterised by a three-fold increase in optical power compared with previous models. When paired with the illuminator, the Digex C50 enables you to better see far-away objects and observe the animals without the risk of being noticed and frightening the animal off. It’s a perfect tool for detecting targets such as wild boar, deer and elk at distances ranging up to 500 metres.

The Digex C50 comes in 3 versions:

The lineup of the Digex XS series IR illuminators:

A combination of first-class components

The Digex C50 sight is for any time of the day. You won’t want, or need, to remove this scope from your rifle with its stylish design paired with first-class components for advanced functionality:

The new Digex C50 will be available for purchase from November 2021.