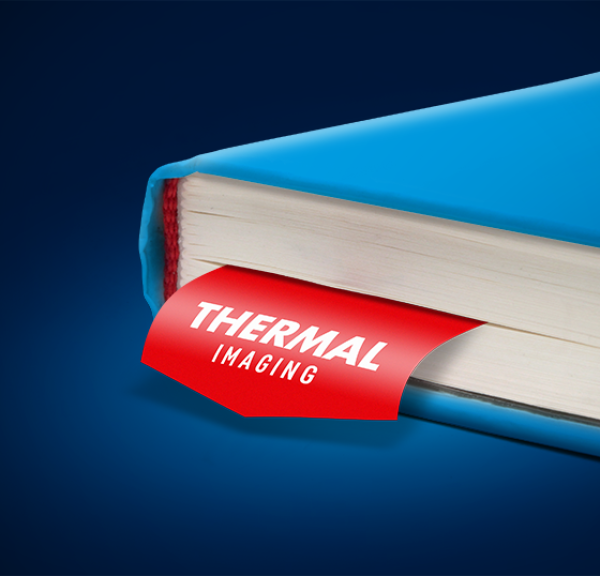 Thermal imaging riflescopes, binoculars and monoculars are some of the most advanced optics available to civilians. Many sportsmen and women may not be as familiar with the internal mechanics of thermal imaging as they are with traditional magnified hunting scopes. Thermal imaging isn’t cheap, so those looking to purchase thermal should become familiar with the specifications and features to make sure they purchase a unit that meets all their needs.
To help you understand what thermal is and what we mean when we use certain terms when describing Pulsar thermal devices, we’ve provided this easy-to-understand glossary of thermal imaging terminology and definitions.

How Does Thermal Imaging Work?
Thermal imagers use a microbolometer sensor consisting of resistive vanadium oxide or amorphous silicon film and a special Germanium lens to focus infrared light onto the microbolometer sensor. The vanadium oxide and amorphous silicon detect electrical resistance changes related to temperature. These changes in the temperature are converted into a very detailed temperature pattern of electrical signals called a thermogram. The thermogram is then sent to a signal processing unit that translates the information so you can see the image.

Germanium Lens
Germanium is a silver/gray/white metallic chemical element member of the carbon group. Infrared waves can pass through it and it has a high refractive index and low optical dispersion.

Pixel
A pixel is the smallest unit that makes up a digital image, they are either a dot or a square on your display screen.

Pixel Pitch
The pixel pitch refers to the amount of space between two pixels. It is measured in micrometers or microns from the center of one pixel to the next.

Micron
A micron is the unit of measurement of infrared radiation wavelengths, pixels are also measured in microns.

Infrared
Infrared light or infrared radiation (IR) is a form of electromagnetic radiation produced when atoms absorb and then release energy. IR has longer wavelengths than visible light, so we typically can’t see it.
The visible light spectrum, light we can detect with our eyes, ranges from 380 nm to 750 nm (violet to red) is a small portion of the entire electromagnetic spectrum. Infrared spectrum is just next to visible spectrum at a lower energy level.

Heat
Heat is the transfer of internal energy from electromagnetic waves from one area to another.

Frame Rate
Frame rate is the frequency at which an imaging device produces consecutive images. Frame rate is depicted in hertz (Hz) which is one cycle per second. The higher the frame rate, the more motion is captured so images appear smoother. Generally, the human eye will not detect a significant difference in frame rate above 30 Hz. Higher frame rates, however, will enhance the details and clarity of fast-moving targets.

Hertz
Electromagnetic radiation is described by its frequency, which we refer to as Hertz. A Hertz is one cycle per second.

Focal Length
Focal length is the distance between the entrance lens and the area in the lens where gathered light comes to a point, designated in millimetres. The focal length directly effects how far you can see through your thermal device. Longer focal lengths mean a smaller field of view, but a longer detection range.

AMOLED Display
The Active-Matrix Organic Light-Emitting Diode (AMOLED) is a type of display made of LED and organic compounds used to light up pixels.

Field of View
The field of view is the amount of space you see through your unit.

For more advanced explanations of specifications and features, click here.