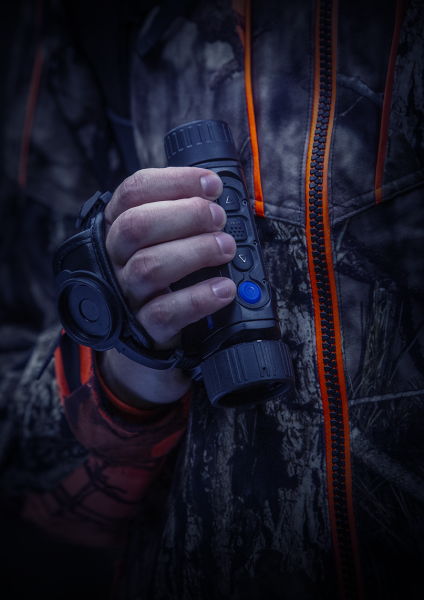 In the last article, we raised an interesting question: which devices are most suitable for a hunter? And more specifically, which devices make the best combination for hunting practice, for both maximum benefits and to save money?

With a lot of money, you can take two thermal imaging devices and worry no more. For instance, the Axion XQ38 monocular and the Nordforce XQ30 riflescope, a peephole and a riflescope with approximately the same capabilities, are most suitable for hunting.

But this is not always possible. Depending on the tasks and capabilities at hand, sometimes you need to use different types of devices. This can be beneficial, since in most cases night hunting, or rather shooting, is carried out at relatively short distances. These distances rarely exceed 200 meters, almost never more than 300 meters.

Pulsar/Yukon offers interesting and universal options. The combination of the low-priced Pulsar Axion Key XM22 thermal imaging monocular and the Sightline N455 electronic riflescope with an invisible IR illuminator is the most affordable that I have ever used.

This combination at a sufficient level implements the idea described above. The shooter recognizes a target with a thermal imaging device at working hunting distances, then identifies and confidently hits it using the most effective and affordably priced Sightline digital night riflescope. Of course, with such a combination, you'll not get a super-quality image from a thermal imaging device or the ability to record a shot directly on the riflescope. This is the basic and minimum required set.

Various device combinations are possible. You can improve both the observation side (a monocular) and the shooting side (a riflescope) finding the optimal balance in this pair. A hunter that has to monitor for a long time will generally buy binoculars with a rangefinder, such as Pulsar Accolade 2 LRF XP50. Others need a rangefinder in their riflescope. In this case, the choice is narrowed down to the Digisight Ultra N455 LRF. In general, there are plenty of options to choose from and think about. 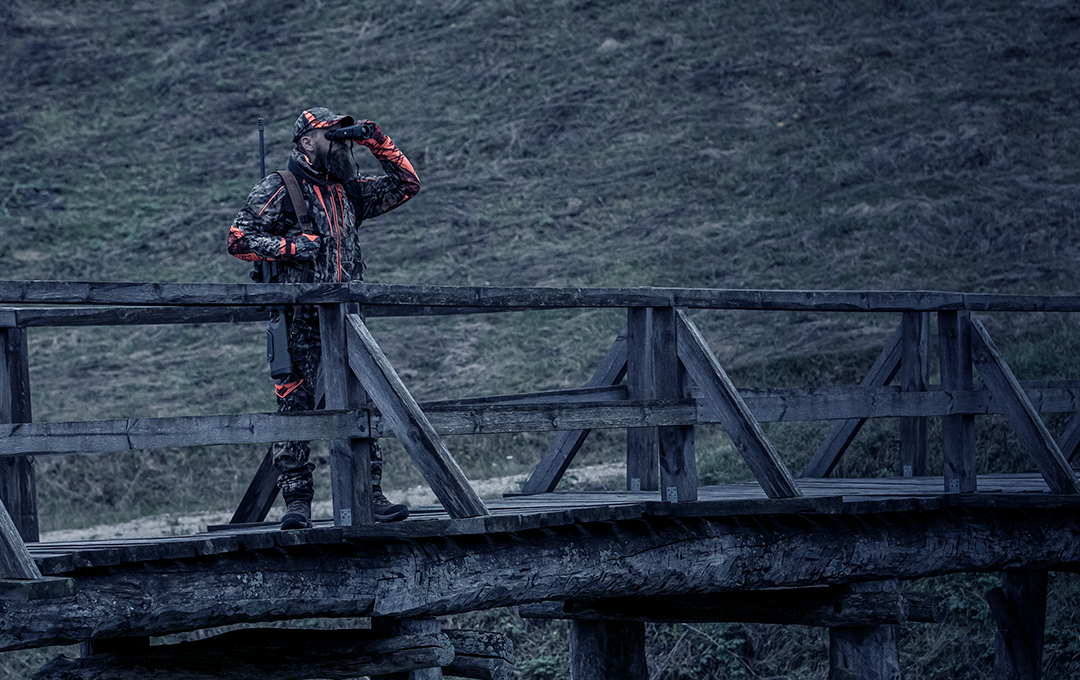 As for me, the most suitable option is the following. The Pulsar Axion LRF XQ38 turned out to be very convenient as an observation device. This monocular allows you not only to observe, but also to measure the distance to objects, and to do so in complete darkness. Despite the fact that the device has a built-in rangefinder, it is compact enough to be carried with you at all times – just keep it in your jacket pocket. This is convenient since you can always use the device, not only during stationary hunting. In addition, its light weight means you can simply throw it, even hang it on the wrist, if needed. Moreover, it doesn't interfere with quick aiming and making a shot. At the same time, the monocular provides an excellent image, one of the best in its class. The built-in rangefinder is capable of measuring distances up to 1000 meters with an error of only one meter.

From practical experience, the device works steadily in rain and snow, and it withstands falling into water. The presence of a rangefinder is convenient and helpful. For example, you can sit down and hide, look around and at the same time measure the distances to the places where the animal. It is more convenient when the rangefinder is built into the optics on the weapon rather than moving the gun from side to side.

Also, the Axion LRF XQ38 has the ability to connect external power, which is generally difficult to overestimate: with a good power bank, your observation capabilities are almost unlimited. The device is also useful after taking a shot. It helps to understand whether there was a hit on the animal, and, of course, to get the animal if it is wounded and leaves. 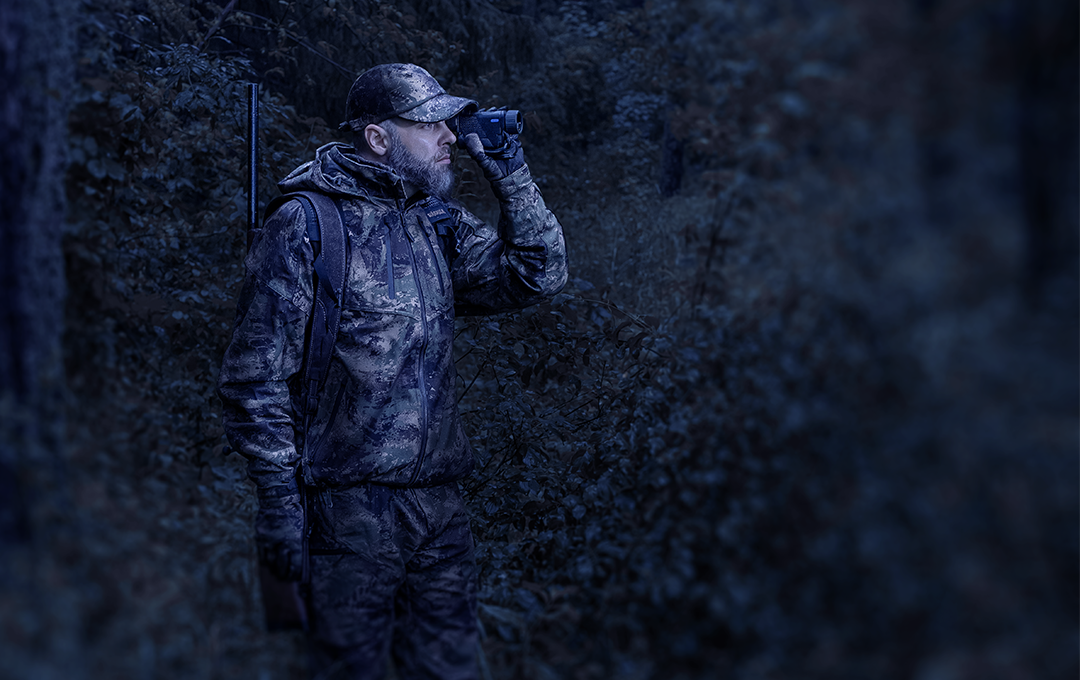 The only controversial point in the device is the lack of WiFi and built-in image recording. Some users say they would like to have such options. I can agree with this argument, considering that the device is the most expensive in the Axion line. Based on practice, I’d say that the recording is more in demand in the riflescope. It allows you to record what is happening, and most importantly – to analyse post factum possible mistakes when shooting.

The Digex N455 uses a highly sensitive matrix with a resolution of 1280x720 pixels. In deep twilight or at night, if there is a moon or stars in the sky, you don't need to turn on the IR illuminator, but use the SumLight function. It allows you to significantly increase the sensitivity by overlaying frames, but SumLight can be effectively used provided that the riflescope is fixed. The function can be useful when hunting animals that are sensitive to illumination, such as bears or wild boar.

The device has an optical magnification of 4x. At the same time, a digital zoom of 2х and 4х is available, their combination can give  multiplicity from 4х to 16x – for night hunting. With its specificity, this is more than enough. Again, remember that the higher the magnification, the less smooth the image will be. The manufacturer promises target detection using the riflescope at a distance of up to 500 meters. It should be understood that such a distance will be available in the presence of at least some illumination from the moon, stars or additional illumination. The range of confident target hitting also depends on the surrounding conditions, but even in complete darkness using standard illumination, it is not less than 150-200 meters. More than enough for our night hunting.

The Digex N455 specifications are as follows: 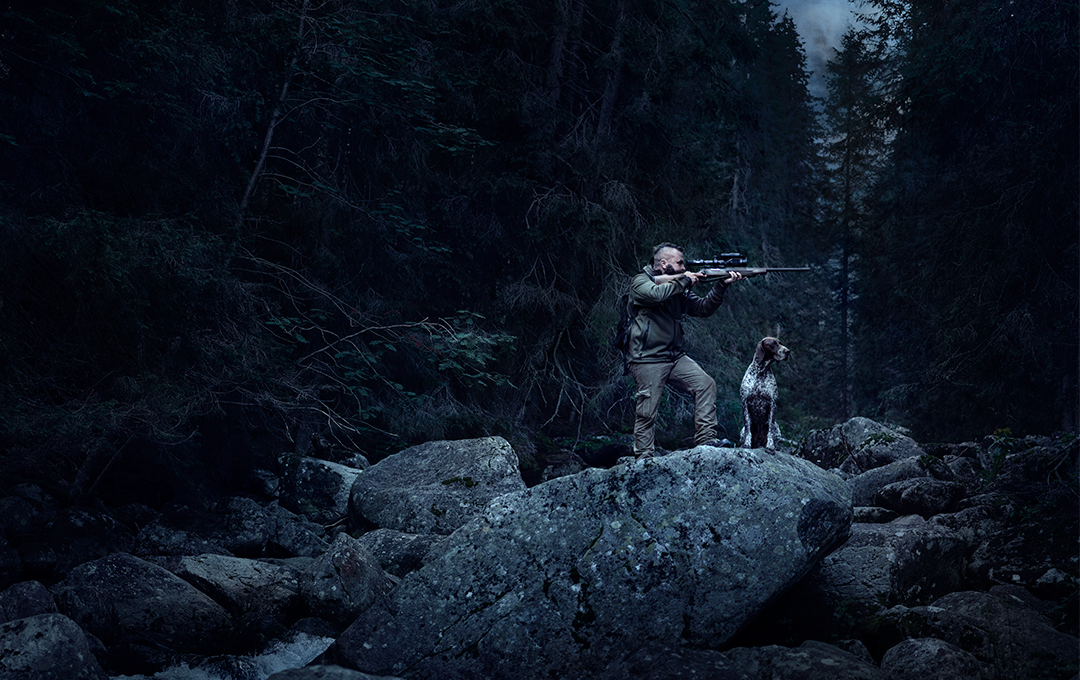 As you can see, Pulsar managed to make an electronic device in the configuration factor of a conventional riflescope. The Digex can record videos and photos in its own memory, which is useful.

The power supply of the riflescope should be considered separately. It comes from one built-in and one replaceable battery. This increases the operating time, and allows you to change batteries without turning off the device and increases reliability. Like the Axion LRF, the riflescope can be powered from an external source, which also increases autonomy.

The device has many more positive properties – replaceable reticles, zeroing profiles and extremely convenient operation. But I think it is worth discussing this separately and showing examples from practice.

The Pulsar also has a riflescope with similar capabilities, but in the configuration factor of classic, "square" night devices. I'm talking about the Digisight Ultra N455. Technically, it doesn't differ from the Digex N455, but personally I like the Digex better. Although, again, they are technically the same. 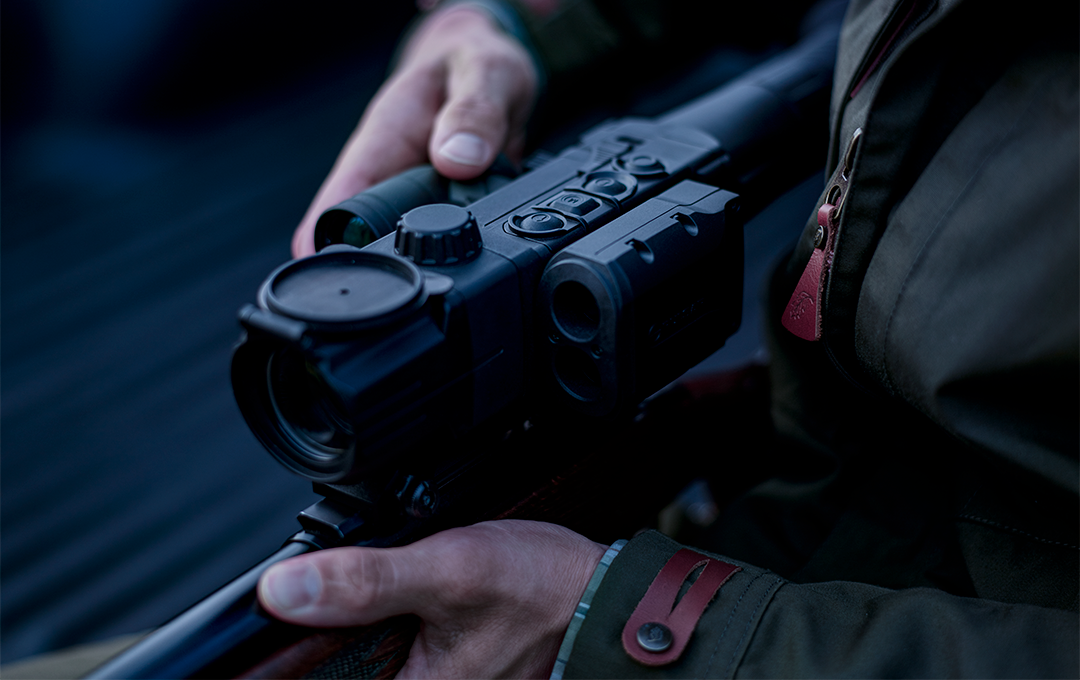 In mid-September, Yukon announced the upcoming extension of the Digex line with a new model – the Digex C50. The main differences with this device are daytime and twilight observation in colour, large power capacity. Externally, in terms of control and most functions, the new model mirrors the existing one. This means that our material will be relevant and useful for a long time.

The selected pair of devices fully meets the requirements of night hunting in Russia. In addition, the thermal imaging device is also useful in everyday life to find heat leaks in the house and problem areas in wiring systems. So its functions are not limited to hunting. And with its compact size, the device can be carried with you almost everywhere.

In fact, that's all I wanted to tell you about a pair of devices for hunting at night. I hope this information will be useful and allow you to choose exactly what you need. Don't forget that safety is the most important thing when hunting. Good night optics are all about safety. It is a high-quality thermal imaging device that will allow you to clearly distinguish an animal from a person, and a good riflescope to make an accurate and precise shot, after which you won’t have to pick up the animal.