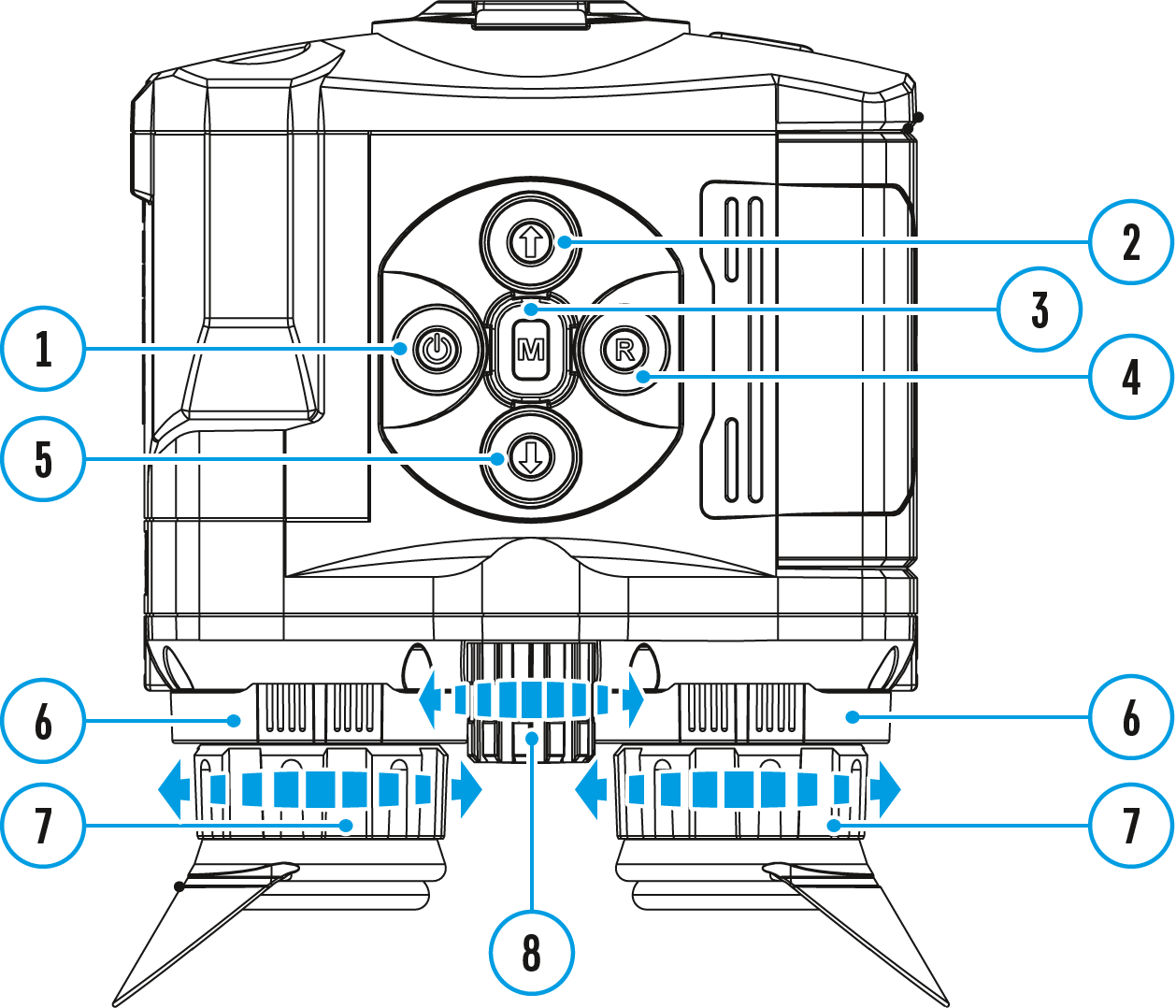 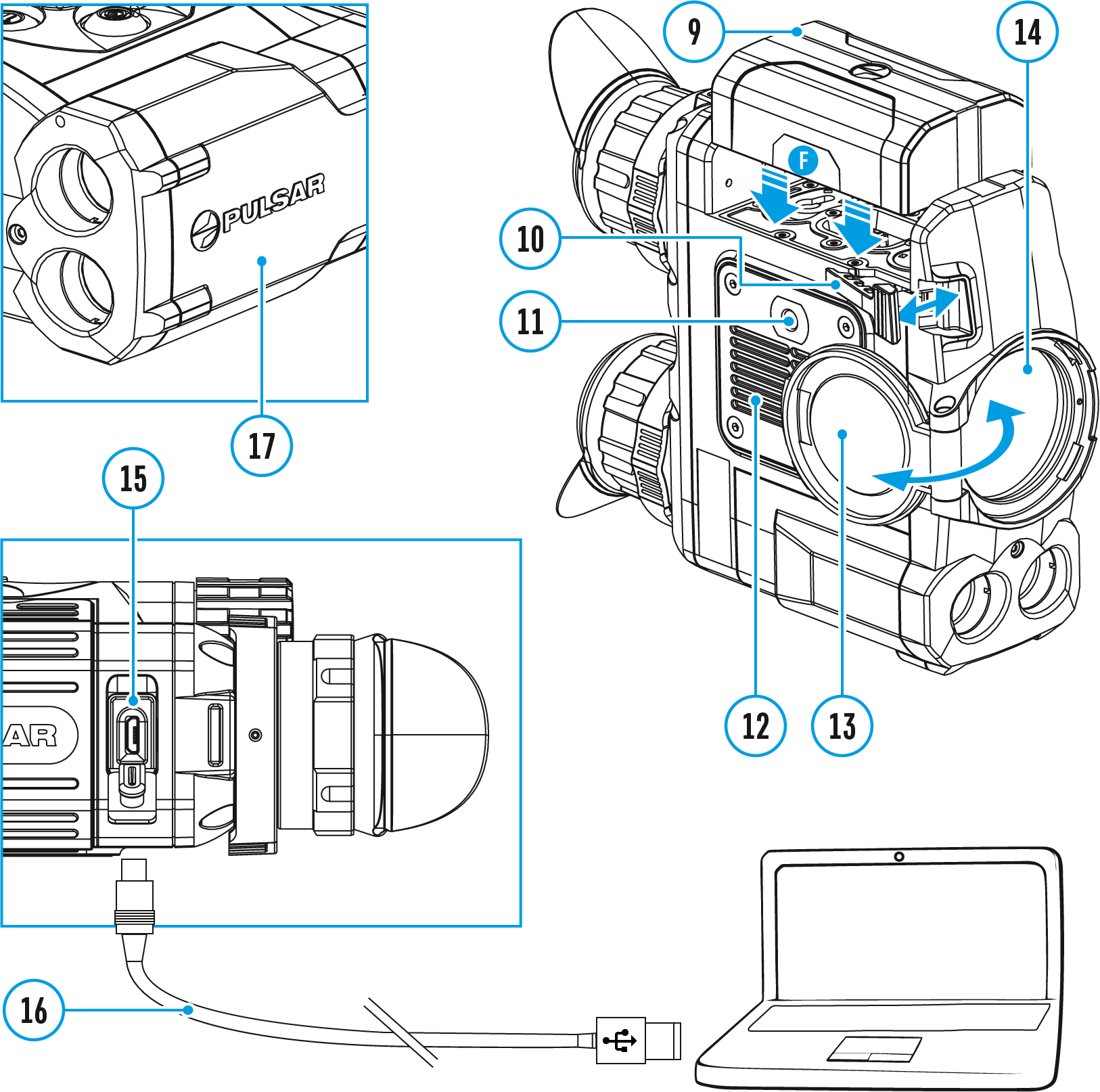 Accolade 2 LRF thermal imaging binoculars feature video recording and photography of the image being ranged to the internal memory card. Before using this feature, please read the Date and Time subsections of the section General Settings.