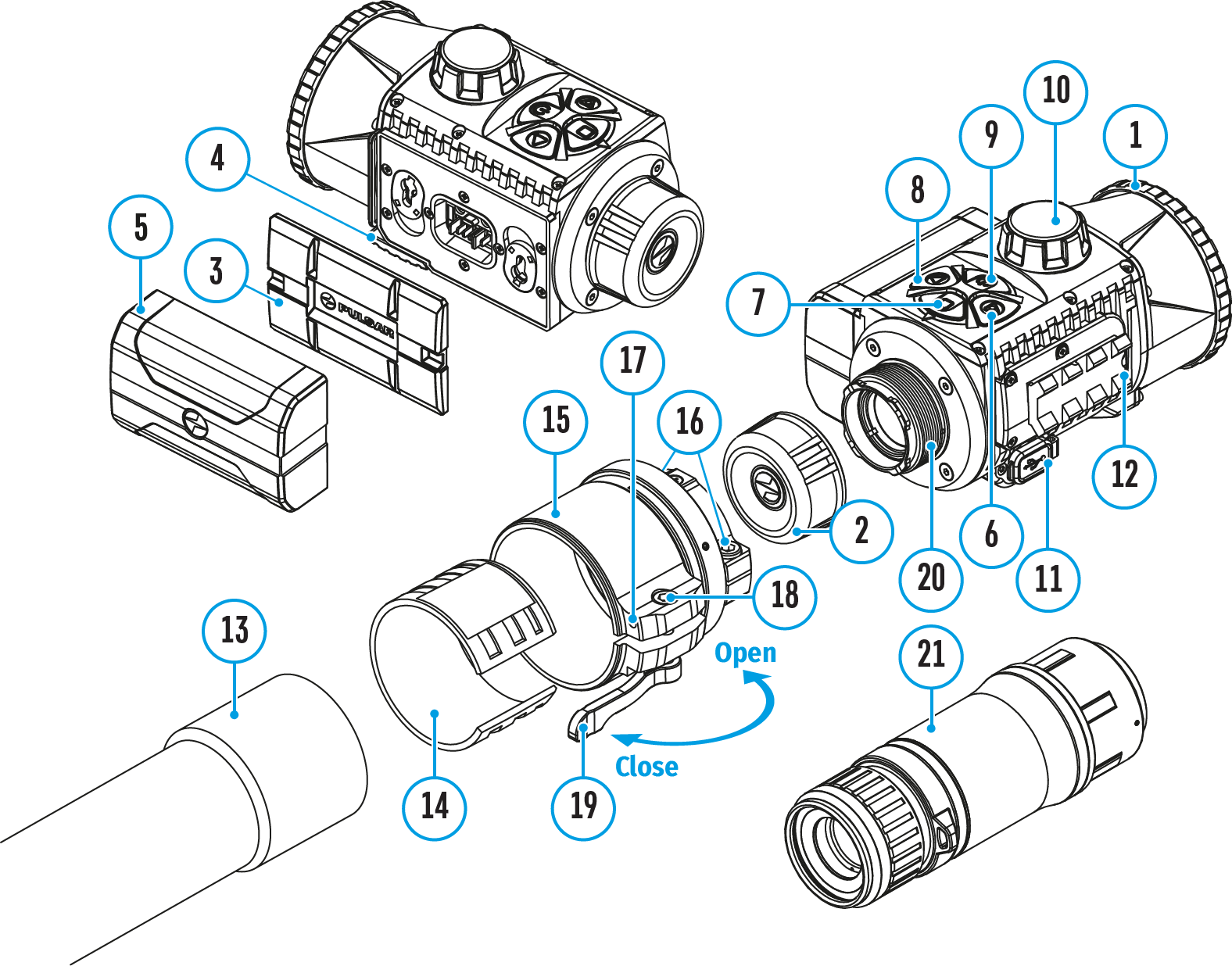 The Krypton XG50 thermal imagers are equipped with the option to record video and still images (photography) of the observed image by saving them on the built-in memory card.

It is recommended to set the date and time (see the General Settings section) before using the photo and video functions.